Nathan Chen not sure what's next after figure skating gold 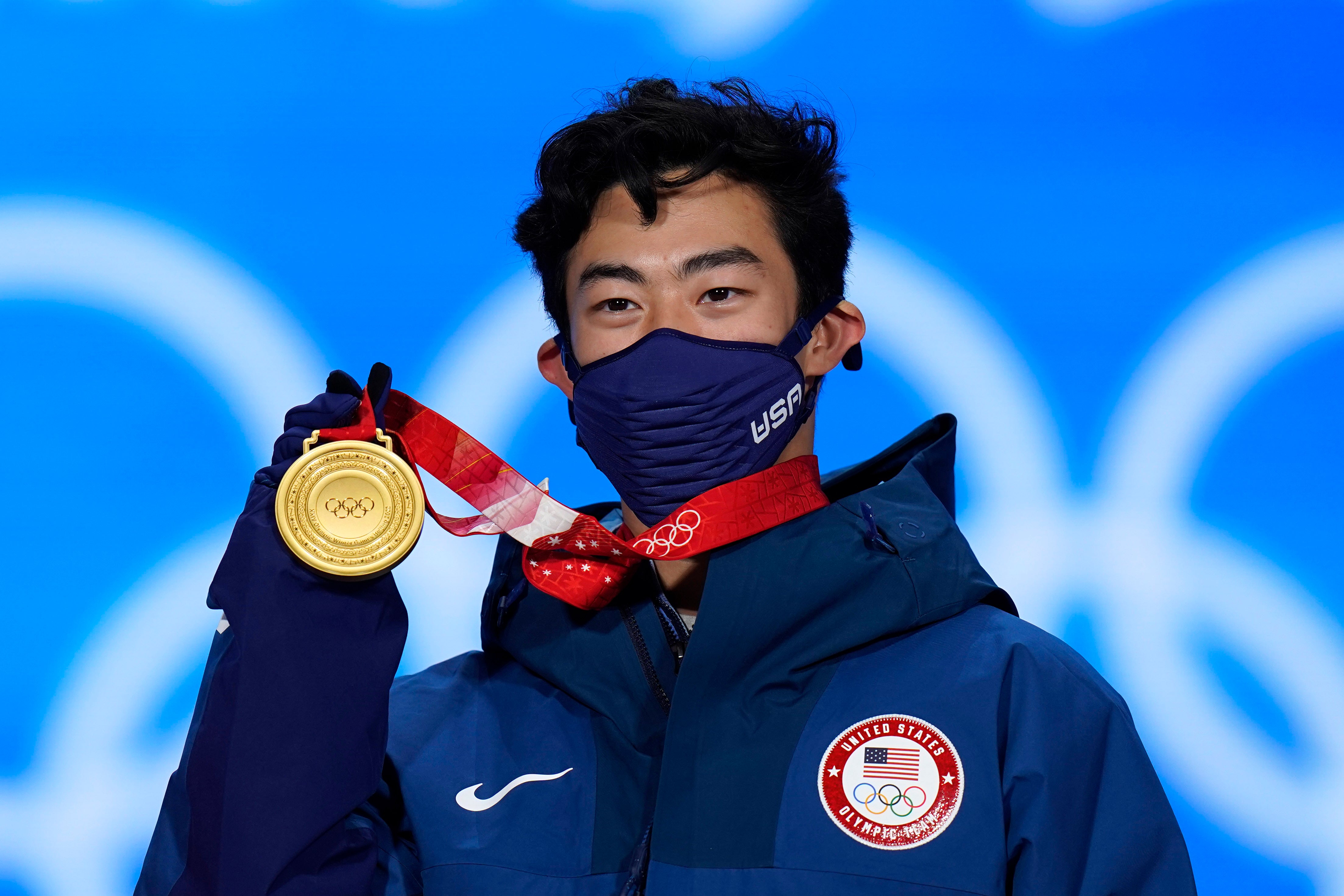 After winning a gold medal at the Beijing Olympics, U.S. figure skater Nathan Chen said he’s looking forward to going back to school and is undecided about what’s next for him in the sport.
The 22-year-old has been on leave since the fall of 2020 from Yale University, where he is majoring in statistics and data science. He opted to pause his education and focus on skating after the pandemic began.
Chen said at a victory-lap press conference Friday that the near-perfect “Rocketman” program that capped his historic run at the Winter Games didn’t feel real until he got his medal last night.
The spectacular Thursday performance to an Elton John medley started with an understated snippet of “Yellow Brick Road," veered to the classic rock and pop hit “Rocket Man," then turned to an electrifying “Bennie and the Jets” remix by the singer Pink and rapper Logic.“
When the last section goes on, I always just want to start dancing, you know, it’s just a very fun piece,” Chen said. “Historically, I haven’t really had that many opportunities to work with hip-hop dancers on the ice, so it’s just a really cool sort of new pathway that we went with.”He dodged questions about the ongoing Russian doping scandal that has delayed the medal ceremony for the team competition, which Chen was a part of. The U.S. won silver in the medley event but could be upgraded to gold if Russia is disqualified.“
I personally am really lucky to have had the opportunity to get a medal here already. I do really hope that the rest of my teammates will be able to get a medal,” Chen said. “I hope that at least before we leave, we’ll be able to get it.”
The “Quad King” said he’s unsure if he’ll compete at the world championships next month in France.“
I will think about it a little bit and talk to everyone else on my team and see what their feelings are and then kind of go from there,” Chen said.
He also said he was undecided on whether he’ll set goals to master even more difficult jumps after landing five quads in his winning free skate program.
“I think that definitely goes hand-in-hand with deciding what the future entails for me … certainly there’s going to be other standouts coming out very rapidly so it’s going to be very interesting and fun to be able to track how skating progresses,” Chen said. “As for me, you know, it’s still (to be determined) as well.
”It’s not uncommon for figure skaters to skip the world championships in an Olympic year, choosing to take a break from a long grind that begins early in the fall and continues with the Grand Prix season rather than continuing to train.
Japan’s Yuzuru Hanyu, who finished a disappointing fourth in the Beijing Games, took that approach four years ago after winning the Pyeongchang Games. In contrast, Chen – who struggled in 2018 – not only competed at worlds that year but won the first of his three successive titles.
Chen has come a long way in the past four years, putting in untold hours to perfect his craft. And it came through on the ice in Beijing, where his hard work paid off and he was propelled into Winter Games history just like his idols.
“Growing up and being able to watch Michelle Kwan and being so inspired by her and all the things that she accomplished – knowing that there’s so many other Asian Americans on this team, I know that it’s going to be inspiring for the next generation of athletes,” Chen said.
Related Stories

Jersey Proud: Princeton athlete has a shot at the gold at Beijing's Winter Olympics

US beats Germany, earns top seed in Olympics knockout round for men's hockey

Olympic spotlight back on China for a COVID-tinged Games

The last run: White says Olympics will be his final contest