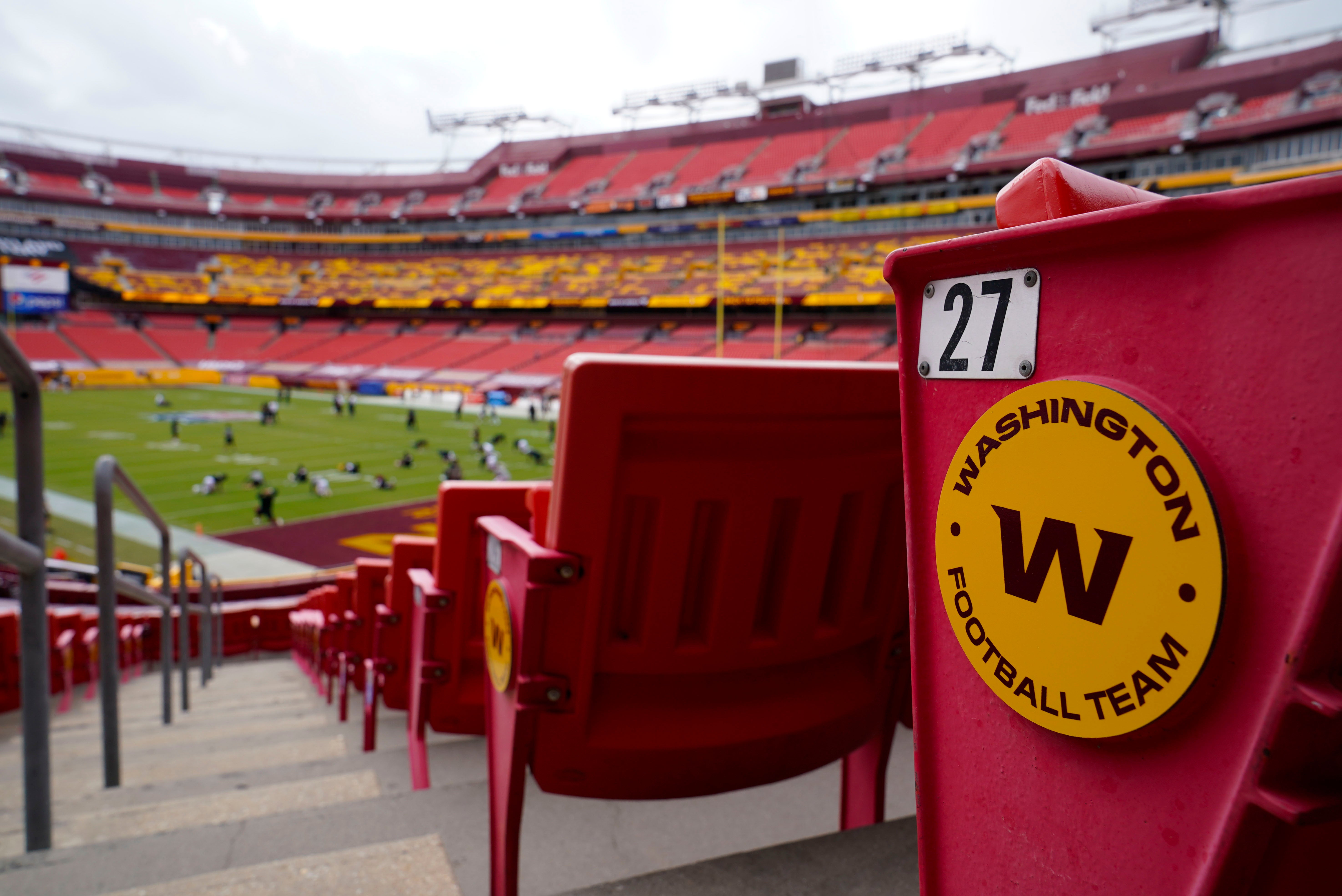 Washington’s NFL team announced Tuesday it will unveil its new name on Feb. 2 and that it will not be called the Wolves or RedWolves.
Commanders, Defenders, Red Hogs, Armada, Presidents, Brigade and the status quo “Washington Football Team” were the other finalists.
Team president Jason Wright said the decision was made not to go with Wolves or RedWolves because of trademarks held by other organizations. Those possibilities were popular among Washington fans.
The new helmets and uniforms will still feature the franchise's signature burgundy-and-gold colors. A video teasing the reveal also included a “W” logo making an appearance.
The organization dropped its old name in July 2020 after decades of complaints that it was racist toward Native Americans and recent pressure from team sponsors. The decision was made to be known as the Washington Football Team that season, which stuck around for 2021 while the front office went through a lengthy rebranding process.
“Our journey to a new identity is a marathon, not a sprint,” Wright said in a trailer about the new name. “To get it right, we had to take every step of the process seriously, and the destination is a sum of all those parts.”
Washington was the first team in the four major North American professional sports leagues to move away from Native American imagery amid a national reckoning on race. Cleveland in Major League Baseball followed suit, adopting the new name Guardians that is now in effect.
MLB's Atlanta Braves and the NHL's Chicago Blackhawks have defended keeping their names.
Wright made it clear during the rebranding process that Washington would not use any sort of Native American imagery moving forward. He, coach Ron Rivera and others have made references to wanting to honor the once-storied franchise's tradition, which includes three Super Bowl championships.
By STEPHEN WHYNO
Related Stories

NHL reschedules games postponed due to COVID-19, including 13 Islanders games