By: News 12 Staff
WHAT'S NEW - Showers into the early morning. Then warm temperatures coming up. 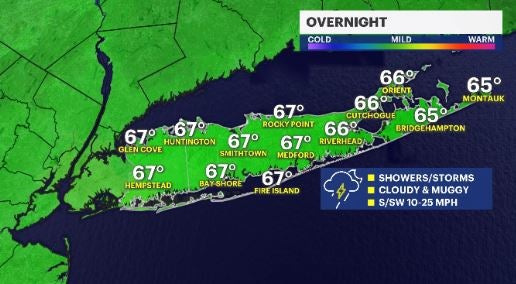 WHAT'S NEXT - We're turning up the temps for Friday! Some spots will get into the upper 80s to low 90s! An approaching cold front will fire up a few isolated showers and storms in the afternoon hours, then we get cooler, drier and have breezy winds for the last weekend of spring! 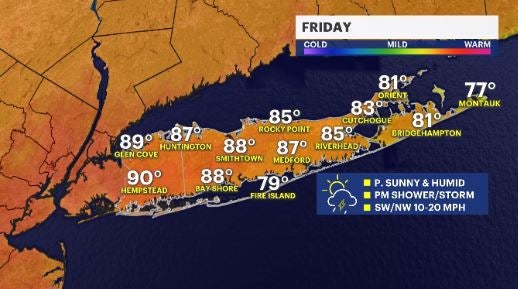 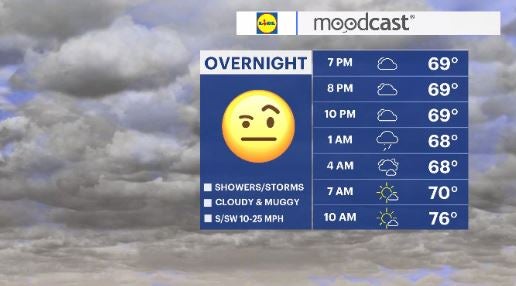 FRIDAY: WEATHER TO WATCH. Feeling humid with a hazy, partly sunny around for much of the day. A few spotty showers and thunderstorms between 2 and 5pm is possible as a weak cold front drops down. Expect breezy, winds out of the west-southwest through much of the day of 10 to 30 mph. Highs ranging from the mid 70s on the East End to the low 90s closer to the city. 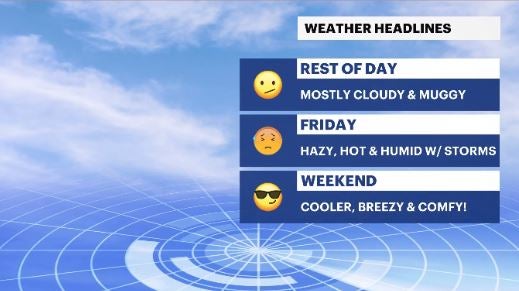 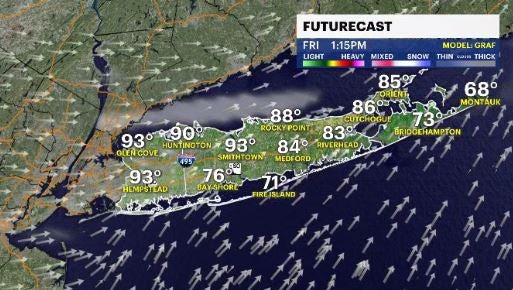 FRIDAY NIGHT: Mostly cloudy with a gradual clearing towards morning and less winds. Lows near 62.
SATURDAY: Partly sunny and breezy with winds out of the northwest at 10 to 25 mph. Highs near 73. 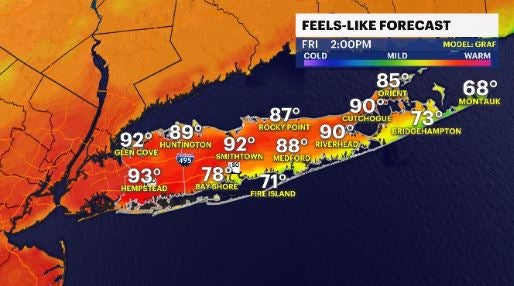 SATURDAY NIGHT: Scattered clouds and cool with some light winds. Lows near 57.
SUNDAY - JUNETEENTH & FATHER'S DAY: A mix of sun and clouds with more cloud cover towards the East End and a slight chance of a shower near Montauk. Highs near 75.
MONDAY: *Pick of the week* Mostly sunny, mild and pleasant. Highs near 80.
TUESDAY – SUMMER SOLSTICE - SUMMER BEGINS AT 5:14 a.m. Partly Sunny with an isolated rain chance. Highs near 76. 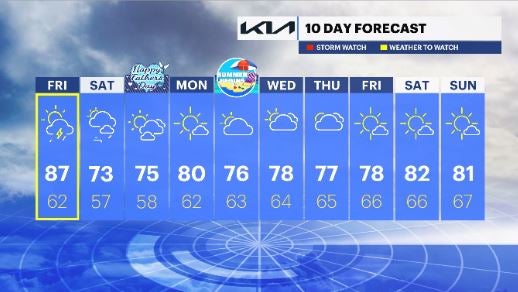 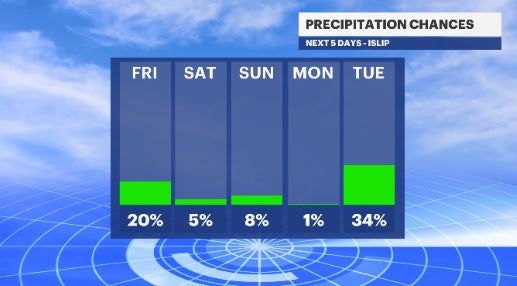 Fall-feel Saturday before temps warm back up Sunday

Guide: Tips to help you save on your monthly cellphone bill

Weekend heats up across the Hudson Valley with temperatures near 90

Hazy, hot and humid for the first weekend of summer in Connecticut