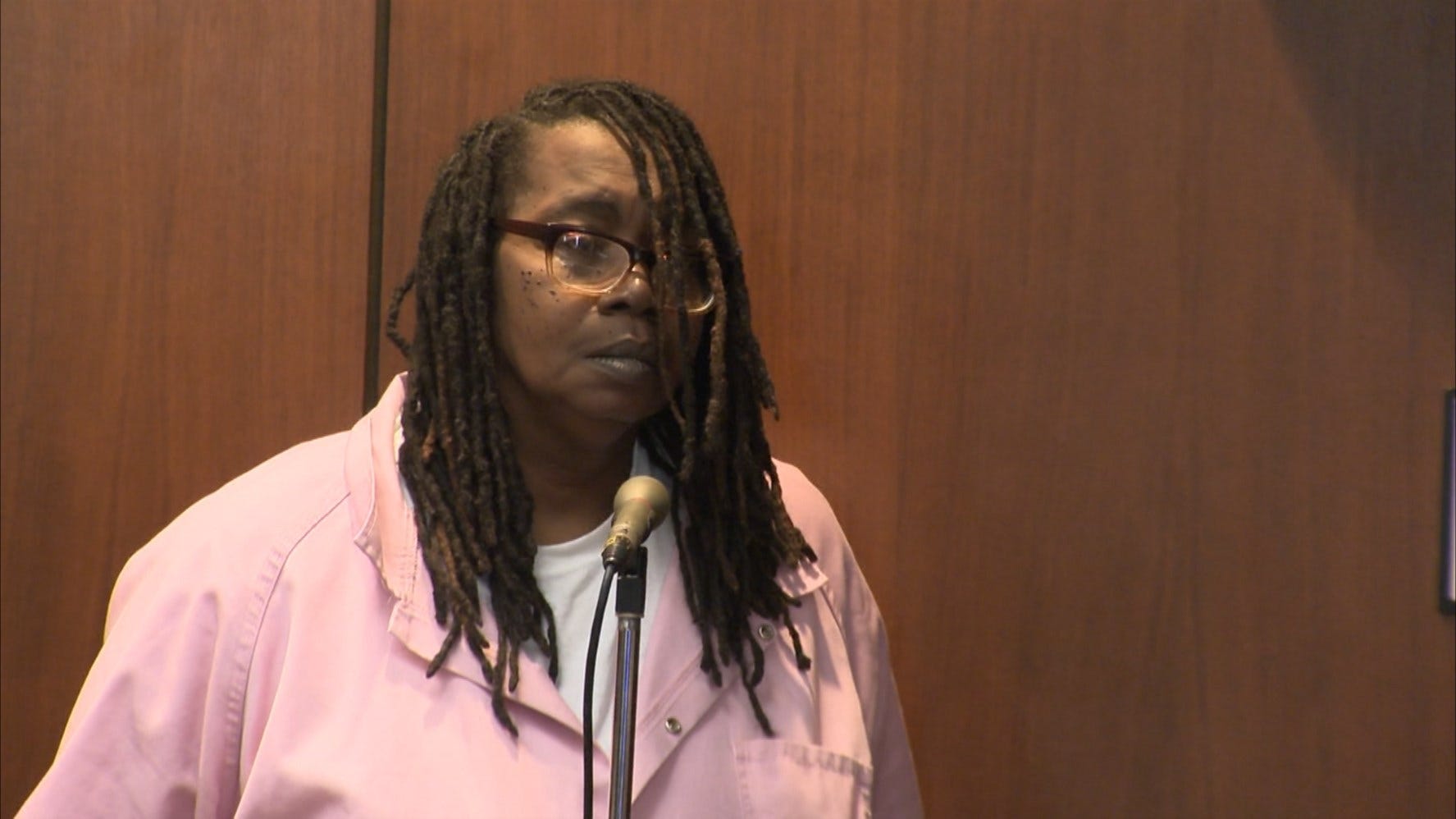 A school bus aide who was behind the wheel while transporting special needs students’ when it crashed into a tree in Newark has entered a plea of not guilty.
Lisa Byrd, 57, made her first court appearance this morning.
Byrd faces several charges, including endangering the welfare of a child.
RELATED: School bus driver in crash to make first court appearance next week
After pleading not guilty, a debate over her being held or released until her next court appearance began.
Public Defender Chris Rojas argued Byrd is in no way a flight risk because she is a lifelong resident of Essex County, has daughters and has had no serious criminal record.
The assistant prosecutor argued Byrd had no legitimate school bus driver training and emphasized her alleged drug use.
According to police, Byrd was driving the bus while high on narcotics. She allegedly overdosed, and crashed the bus into a tree by 14th Avenue and Jones Street.
Police say they had to administer Narcan to Byrd when they arrived to the accident because it appeared she overdosed. Officials say officers arriving on the scene found drug paraphernalia inside the bus.
Byrd says she had a diabetic episode, which Narcan has been used for in the past.
In the end, the judge decided the apparent drug use made Byrd a threat to the community if she was to be released so she will be held until her next court appearance, although she has seven days to appeal the decision.
The next appearance is scheduled for March 18.
There were 12 special-needs students from the 14th Avenue School on board the bus during the crash. The students were shaken up, but not injured.
Byrd is employed by F&A Transportation. Officials say Byrd’s license was suspended between 1996 and 2006.
Related Stories
Nov 29, 2020