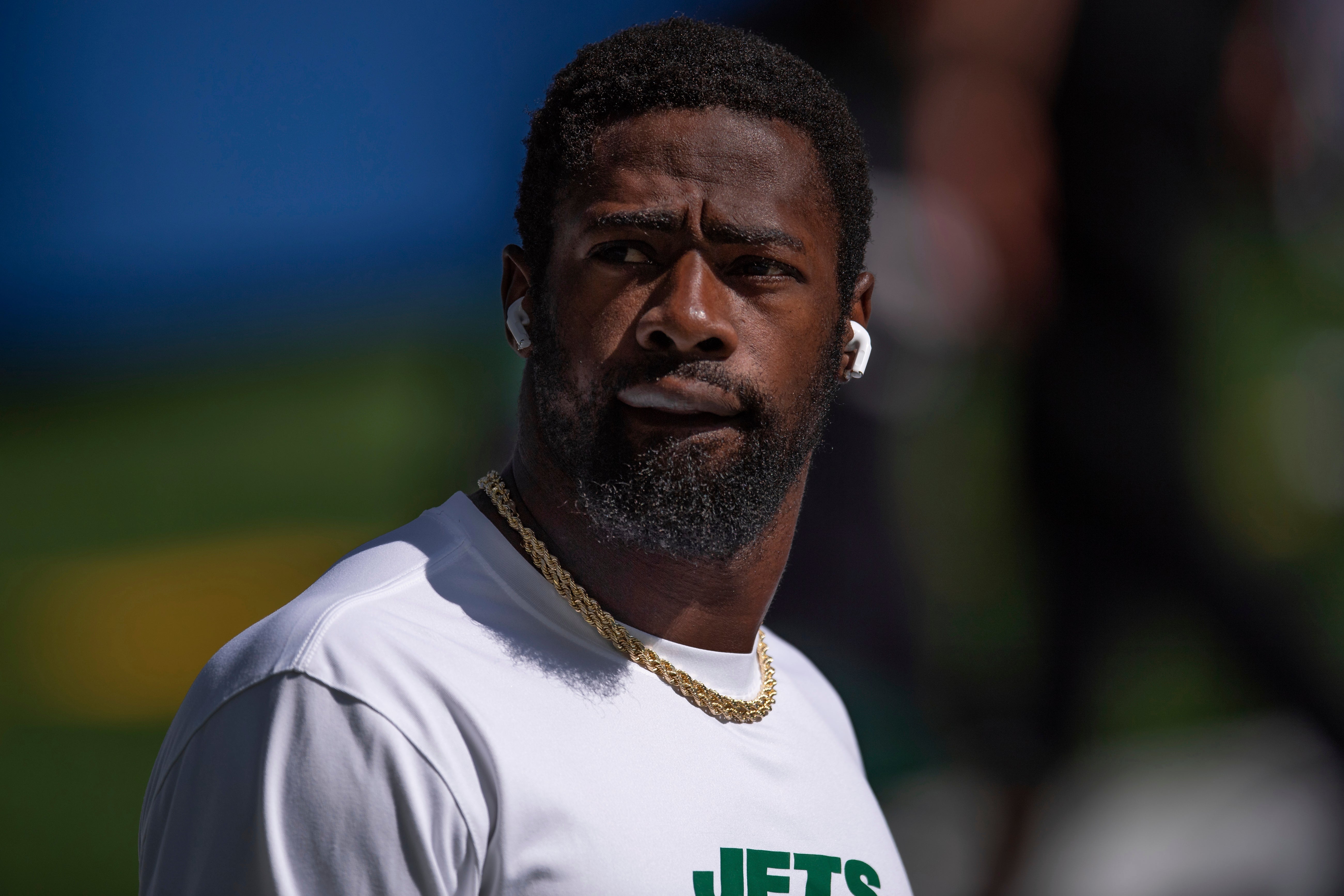 New York Jets coach Robert Saleh says safety Marcus Maye has the team's support as the star player deals with legal issues stemming being charged in February with drunken driving after a car crash in Florida.

Saleh said Wednesday he and Maye had “a really good conversation” that was initiated by the safety. He declined to say whether he and the team previously knew - although he implied as much - about the accident and arrest first reported by ESPN on Monday night.

“Obviously, he recognizes he made a mistake and as far as details and all that, I’ll keep it in-house," Saleh said. "But we support Marcus and hopefully he can get through this.”

Broward County court records show the 28-year-old Maye was charged with three misdemeanors - driving under the influence, DUI/damage to property, and leaving the scene of an accident - on Feb. 22 in Fort Lauderdale, Florida. Maye has a Zoom hearing scheduled for Oct. 20 in the case.

“Marcus Maye has not committed any crime, nor was he either intoxicated or impaired,” Eric Schwartzreich, Maye’s lawyer, said in an email Monday night to the AP. “Mr. Maye will have his day in court on these erroneous misdemeanor accusations, where we are confident that he will be found not guilty.”

There were no injuries reported, but the driver of the other car involved in the accident, Jamila Abraham of Belle Glade, Florida, filed a civil suit “in excess” of $30,000, according to court documents.

It isn't the only recent legal trouble involving Maye. He was stopped by police in Orlando, Florida, on April 6 - about six weeks after his DUI arrest - and issued citations for speeding and driving on a suspended license with knowledge, according to Orange County Florida court records.

The speeding citation was dismissed on Aug. 23. The misdemeanor charge for driving with a suspended license with knowledge - a result of his DUI arrest in February - was amended to a non-criminal infraction, to which Maye pleaded no contest, according to court documents.

Maye is in his fifth season with the Jets and the team’s longest-tenured player, but is currently sidelined by an ankle injury. He was working on a side field with trainers Wednesday and is expected to be out a few more weeks.

Saleh spoke highly of Maye when asked if there could be a trust factor now since he and the team might not have known about the incidents until now.

“First off, for me, it’s he without sin cast the first stone,” Saleh said. "We’ve all made mistakes and he recognizes the mistake he made, and I judge Marcus for how he’s been since I first met him and that really wasn’t until minicamp (in June). Marcus has been an outstanding teammate, he’s been an outstanding individual, his teammates absolutely love him.

“He’s been, from my understanding, hasn’t had many issues as a young man and this is something that he’ll get through.”

(Copyright 2021 The Associated Press. All rights reserved. This material may not be published, broadcast, rewritten or redistributed without permission.)