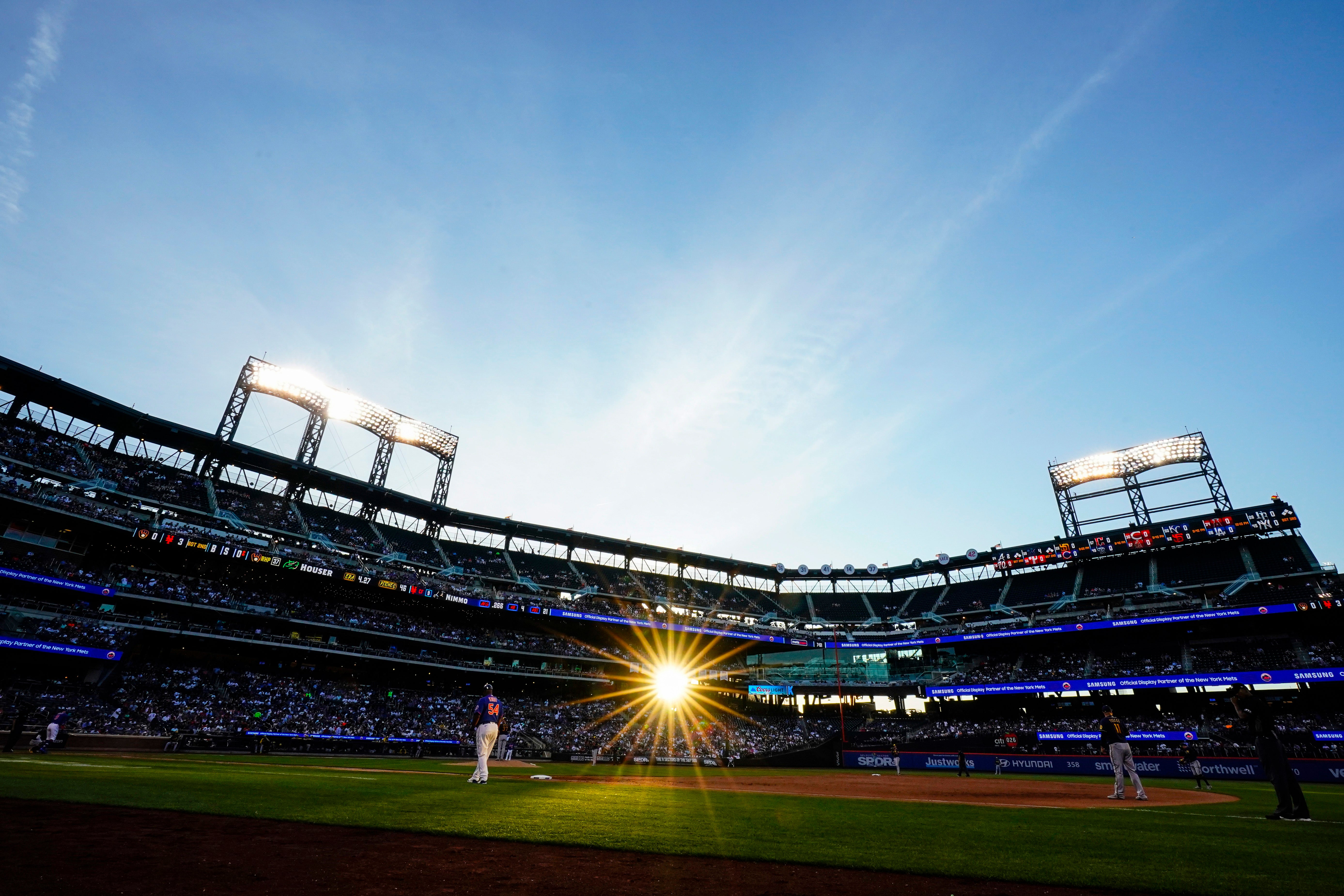 Leaders from the New York Mets recently held what's believed to be an unprecedented meeting with the nonprofit group Advocates for Minor Leaguers to discuss pay and working conditions in the minors, and another meeting is planned soon that will include players from the team's farm system.
The meeting was brokered in part by New York State Sen. Jessica Ramos, who wrote a letter in January to Mets owner Steven Cohen imploring him to address several issues regarding the employment of minor league players.
Ramos noted salaries that routinely fall below $15,000 per year along with "inadequate housing, nutrition, travel arrangements, and more.” Ramos also attended the April meeting.
The sides were to meet again Monday, this time with Mets players at the table, but the discussion was postponed to a to-be-determined date.
The Mets declined to comment when asked about the meetings, which were first reported by The Athletic.
“Since Steve Cohen took ownership of the Mets in 2020, he has been so responsive to the fans and cared for the team in a way that matches our devotion to the team," Ramos said in a statement to The Associated Press. "I’m looking forward to sitting down with Uncle Steve and the minor leaguers so we can work out a way to finish the job, and extend that same sense of care to all the players.”
Mets minor league players with the High-A Brooklyn Cyclones were among those who protested working conditions last September by wearing teal wristbands featuring the hashtag #FairBall — a demonstration organized by Advocates for Minor Leaguers. Those High-A players made a minimum of $500 per week, paid only during the roughly six-month season.
Cohen promised last July on Twitter to examine the Mets' treatment of minor league players. Responding to a New York Daily News article criticizing the franchise for not covering housing costs or paying salaries to players at extended spring training like some other organizations, Cohen wrote that “this was news to me and want to be thoughtful and not reactive in my actions. We need to examine our treatment of coaches too.”
Cohen, in his second season owning the Mets, has become immensely popular with the fan base because of his willingness to spend. New York's major league roster had a $266 million payroll on opening day, second only to the Los Angeles Dodgers.
Ramos' letter to Cohen in January, obtained Wednesday by The Associated Press, was co-signed by New York State Senators Rachel May, Diane Savino, Timothy M. Kennedy and John Mannion. It pointed to seven proposed changes suggested by Mets minor leaguers:
— Pay weekly salaries year-round, without periods of free work.
— Provide or cover the cost of in-season housing.
— Provide or cover the cost of three meals per day during the season.
— Provide multiple buses on road trips and sleeper buses on overnight road trips.
— Assist players in shipping their cars to a new affiliate if reassigned and assist players without a car in getting to the field each day.
— Cover the cost of offseason training.
— Adjust salaries and per diems based on the cost of living in different affiliate home cities.
Beginning this season, Major League Baseball is mandating that teams cover housing costs for most minor league players.
MLB reached a settlement last month in a lawsuit alleging teams violated minimum wage laws for minor leaguers. Terms of the settlement were not released, but two people familiar with the negotiations, speaking to the AP on condition of anonymity because the release of details was not authorized, said the sides were discussing a possible settlement in the $200 million range.
MLB raised minor league salaries in 2021, with full-season minor leaguers earning between $12,000 and $16,800 per season. The federal poverty line was $12,880 for individuals.
“We applaud the Mets for their willingness to meet with Mets minor leaguers and our staff to discuss improving minor league pay and working conditions," said Harry Marino, executive director of Advocates for Minor Leaguers. “The exploitation of minor leaguers is an industry dynamic that far predates Mr. Cohen’s purchase of the team. We hope that, under his leadership, the Mets will lead the league on this important issue.”
Related Stories