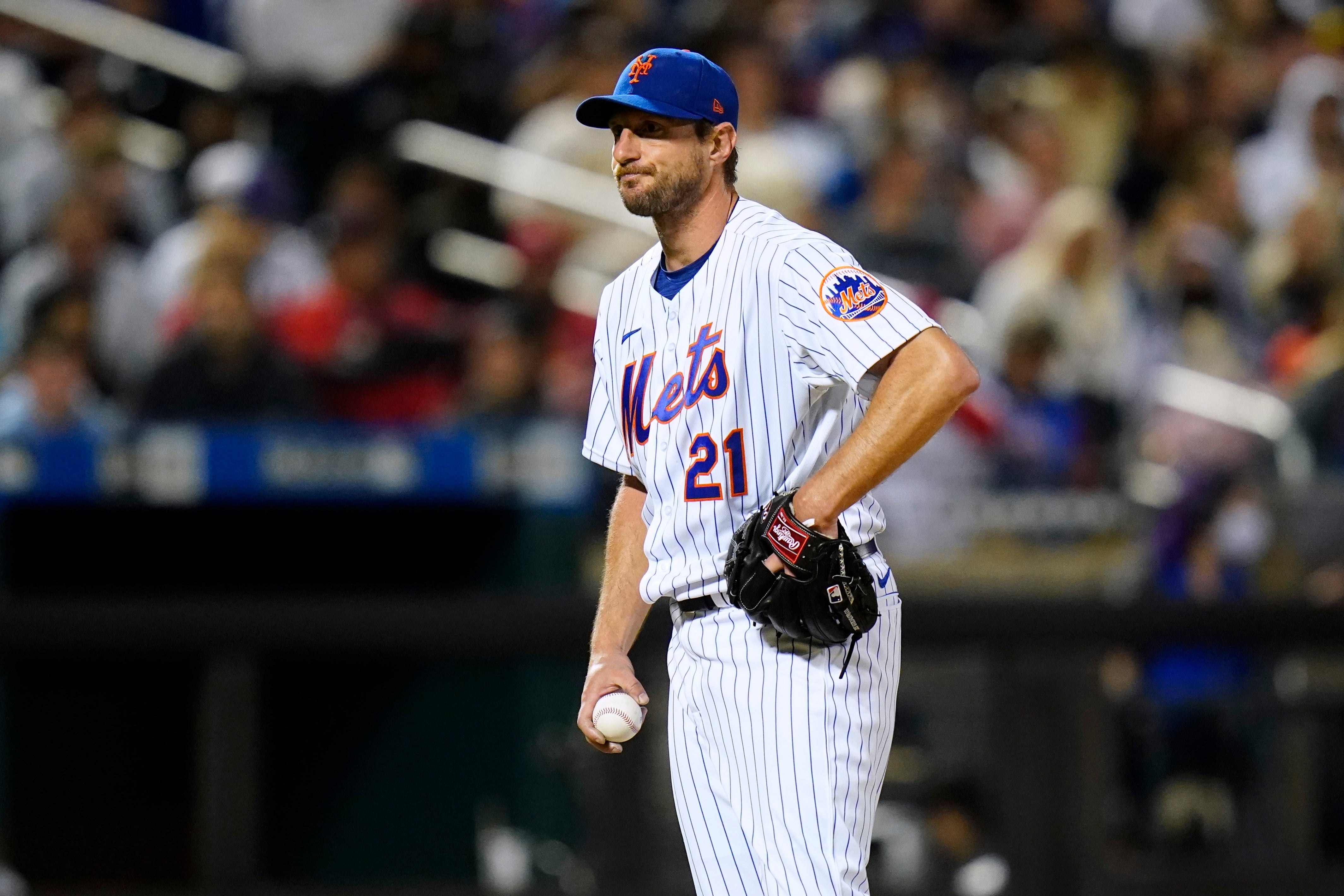 Max Scherzer and Jacob deGrom are moving closer to a return for the National League East-leading Mets.
Scherzer, who injured his left oblique while pitching against St. Louis on May 18, returned to New York after rehabbing in Florida and threw in the outfield at Citi Field prior to Tuesday night's series opener against Milwaukee.
The 37-year-old right-hander, a three-time Cy Young Award winner, is expected to throw a simulated game Thursday. Scherzer said he’s not ready to put a timetable on when he might return to the active roster.
“The way to describe this injury, the rehab of this, half the battle’s getting back to 90% and then the second half of this battle’s from 90% to 100%,” Scherzer said. “With the trainers here, we’ve done a great job of getting back to 90%, but I’m still in a fight there to try to get to 100%. We’ve done good work to get to this point, but I’ve still got a lot in front of me.”
DeGrom, a two-time Cy Young Award winner, missed the second half of last season with a right elbow injury and hasn’t pitched this year due to a stress reaction in his right scapula. The 33-year-old right-hander threw 30 pitches Tuesday in his fourth bullpen session.
Mets starters rank 15th in the majors with a 3.95 ERA, though they are pitching to a 5.26 ERA in the 23 games since Scherzer was injured. That mark is inflated by the struggles of Tuesday’s starter, Chris Bassitt, who has a 7.62 ERA in his last five starts, as well as rookie spot starter Thomas Szapucki who gave up nine runs in 1 1/3 innings against San Francisco on May 25.
Related Stories