Heat advisory for Thursday and Friday as temperatures rise 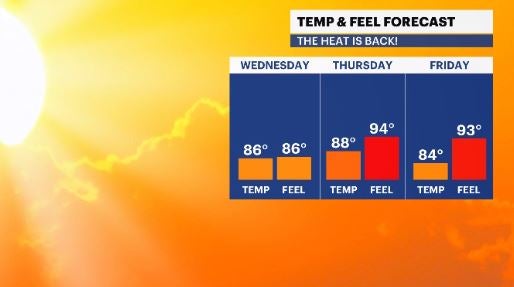 WHAT'S NEXT – Temperatures will continue to rise heading into Wednesday but after that, it'll feel rather uncomfortably humid for Thursday and Friday and a Heat Advisory is up for Long Island starting THU at 11 am through FRI at 8 pm. Temps will be feeling into the 90s to low 100s for both of those afternoons. A weak cold front approaches Friday afternoon, trying to bring some relief. 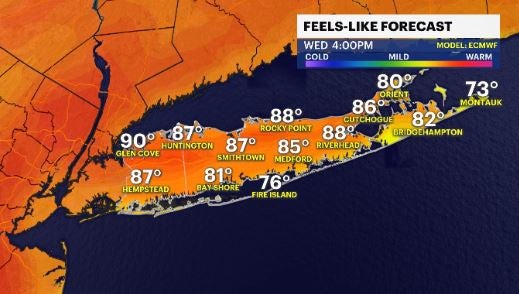 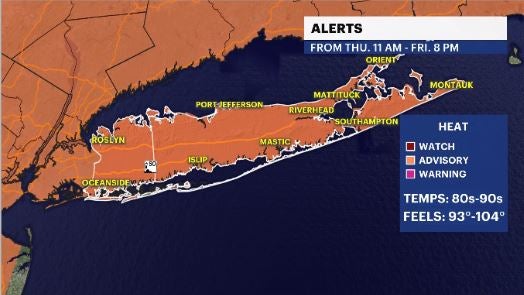 News 12 Storm Watch Team meteorologist Addison Green says a heat advisory is up for Thursday and Friday as temperatures continue to climb. 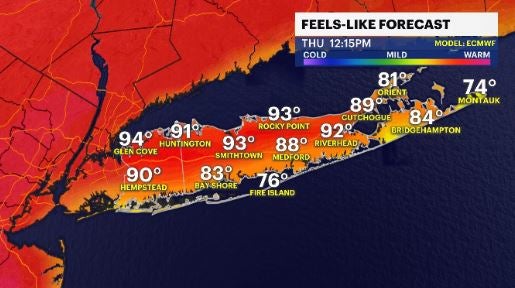 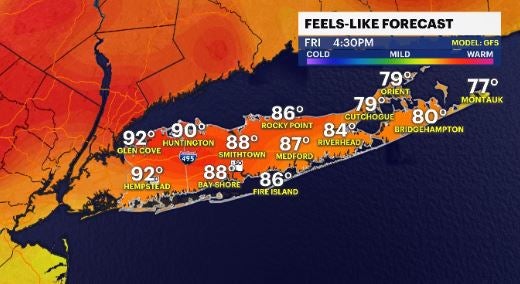 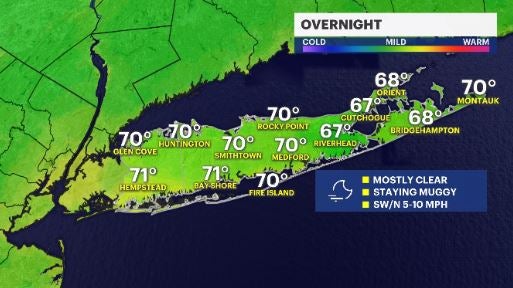 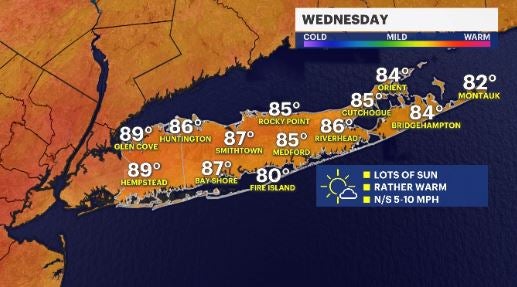 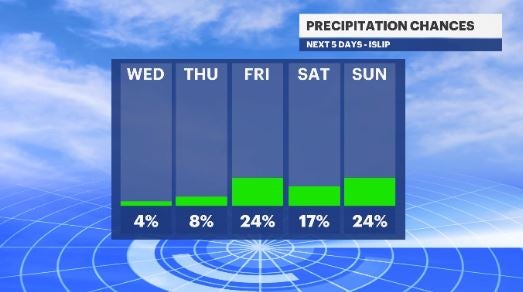 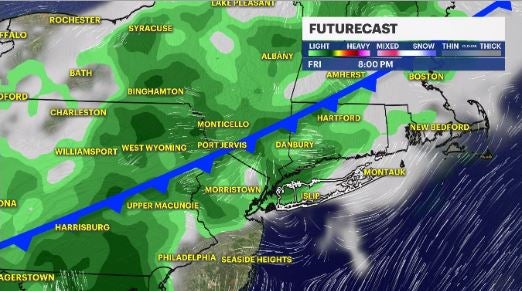 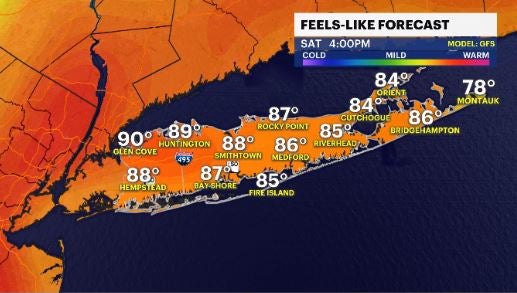 SUNDAY: Mixed of sun and clouds with warm temps. Highs: mid to upper 80s. With a little less humidity. 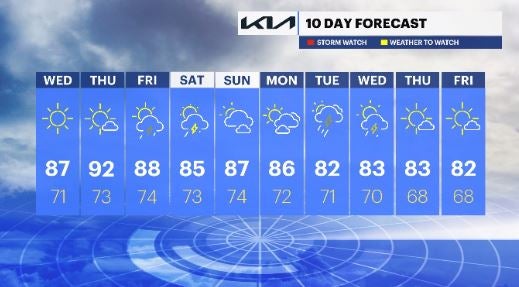 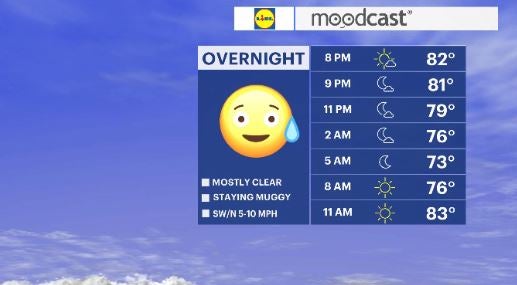 Overnight temps cool into the 50s; mix of sun and clouds for Tuesday

Dry weather with comfortable temps for the workweek across Long Island

Sun and clouds on Tuesday, possible shower on Wednesday

Stray showers tonight, sun and clouds for the NYC workweek

Pleasant and cool Tuesday with highs reaching the upper-70s

Sun and clouds, midday showers possible on Monday; highs near 80

Partly sunny, some rain possible for Connecticut to start workweek