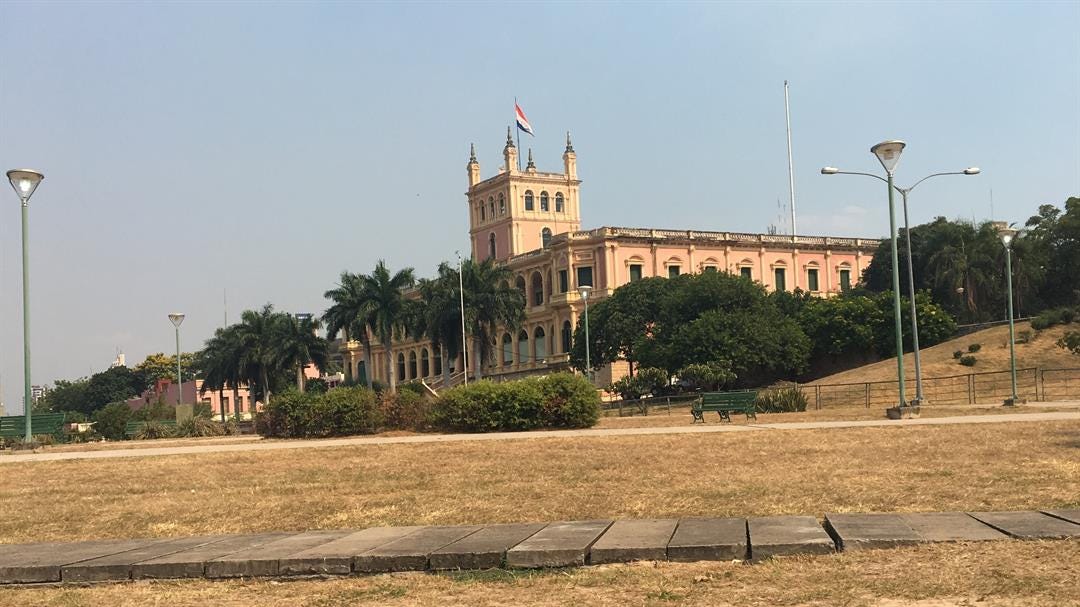 Hispanic Heritage Month celebrates the cultures and traditions of those who can trace their roots to Spain, Mexico, and the Spanish-speaking countries of Central America, South America, and the Caribbean.
The annual celebration is observed from Sept. 15 to Oct. 15.
According to the National Hispanic Heritage Month website, the day of Sept. 15 is significant because it is the anniversary of independence for Latin American countries Costa Rica, El Salvador, Guatemala, Honduras and Nicaragua. In addition, Mexico and Chile celebrate their independence days on Sept. 16 and Sept. 18, respectively. Columbus Day, or Día de la Raza, which is the second Monday in October, also falls within this 30 day period.
Below check out landmarks and tourist spots in 20 Hispanic countries:

Los Glaciares National Park: Situated in the Austral Andes of southwest Argentina, near the Chilean border, its many glaciers include Perito Moreno, best known for the dramatic icefalls from its front wall, into Lake Argentino. Check out a set of interactive images on 360cities. Or this immersive 360° journey into Patagonia from The Guardian.
Aconcagua is a mountain in the Principal Cordillera of the Andes mountain range, in Mendoza Province, Argentina. It is the highest mountain in the Americas and the highest outside of Asia. See, and follow its normal route in this virtual tour.

Buenos Aires is the capital and largest city of Argentina. Take a virtual stroll through the city, including Plaza de Mayo and La Boca here.
See photos of Argentina below:

North Yungas Road: The famed "Death Road" is popular with cyclists. Take a look at its dangerous, steep slopes in the video below.

El Valle de la Luna: Located 13 kilometers west of San Pedro de Atacama, in the Atacama desert, it has various stone and sand formations, which have been carved by wind and water, looking somewhat similar to the surface of the moon. Check out the video below:
El Tatio is a geyser field located in the Andes Mountains of northern Chile at 4,320 metres above sea level. Google Maps offers some great images, 360-degree views and videos of the area, click here.

The Tayrona National Natural Park: It is a protected area in the Colombian northern Caribbean region with remarkable beaches and scenery for visitors. Google Maps offers some great images, 360-degree views and videos of the area, click here.

Cartagena's Old Town: This city was the first of the Spanish settlements in Colombia. Take a virtual walk through its streets here.

Take a 360° tour through some of Costa Rica's best spots with the video below:

Havana: Cuba’s capital city is a place full of music, dance, classic cars and architectural marvels. Click here to get a virtual tour of the best spots.

Dominican Republic is the second largest and most diverse Caribbean country. Watch the 360° video below to see some of what the country has to offer.

Tazumal: This pre-Columbian Maya archeological site is located in Chalchuapa. See some great images, 360-degree views and videos of the area with Google Maps.

Tikal: This ruin of an ancient city was likely to have been called Yax Mutal. It is found in a rainforest in Guatemala. It is one of the largest archaeological sites and urban centers of the pre-Columbian Maya civilization. See some great images, 360-degree views and videos of the area with Google Maps.

Take a virtual tour of the best spots Guatemala has to offer here.

Copan Ruins: The Mayan Ruins of Copan, Honduras, just across the border from Guatemala are some of the most impressive in Central America. Take a guided “walk” through them in the video below:

Uxmal: This ancient Mayan city is one of the most historically and culturally significant attractions in Mexico. It was once the capital of the region. See a 'street view' of the area with Google Maps.

Mexico City: is the capital and largest city of Mexico and the most-populous city in North America. See some 360-degree images here.

Or experience historic downtown Mexico City in 360 with the video below:

Masaya Volcano: This complex volcano is composed of a nested set of calderas and craters, the largest of which is Las Sierras shield volcano and caldera. See a tour from National Geographic in the video below:

Panamá Viejo: Also known as Panamá la Vieja it is the remaining part of the original Panama City, the former capital of the country. See more of the city in this virtual tour.

Miraflores Locks: Miraflores is the name of one of the three locks that form part of the Panama Canal, and the name of the small lake that separates these locks from the Pedro Miguel Locks upstream. Watch webcam footage here.

Palacio de López: This palace in Asunción, Paraguay, serves as the workplace for the president of Paraguay, and is also the seat of the government of Paraguay. See a 'street view' of the area with Google Maps.
See photos of Paraguay below:

Machu Picchu: This 15th-century Inca citadel is located in the Eastern Cordillera of southern Peru. Most archaeologists believe that Machu Picchu was constructed as an estate for the Inca emperor Pachacuti. See a virtual tours from YouVisit here, and FromCusco here.

Bahía Bioluminiscente: It's a well-known bay with glowing organisms. See some photos and videos of the area on Google Maps.

El Yunque National Forest: Immerse yourself in nature and adventure while exploring the trails of El Yunque, the only tropical rainforest in the US National Forest System. Discover its hiking trails here.

The Basílica de la Sagrada Família: Also known as the Sagrada Família, it is a large unfinished Roman Catholic minor basilica in Barcelona. It was designed by Spanish/Catalan architect Antoni Gaudí. Take a virtual tour and look at photos of the basilica here.

The Park Güell: This public park system, composed of gardens and architectural elements, is located on Carmel Hill, in Barcelona. With urbanization in mind, Eusebi Güell assigned the design of the park to Antoni Gaudí. Take a tour through the park here.

Plaza Independencia: This is the name of Montevideo's most important plaza. It separates Ciudad Vieja from downtown Montevideo, with the Gateway of The Citadel on one side and the beginning of 18 de Julio avenue on the other. Montevideo is Uruguay's capital city. See a 'street view' of the area with Google Maps.

La Mano: The Fingers of Punta del Este is a sculpture in Punta del Este, a popular tourist town in Uruguay, by Chilean artist Mario Irarrázabal. It depicts five human fingers partially emerging from sand. See a 'street view' of the area with Google Maps.