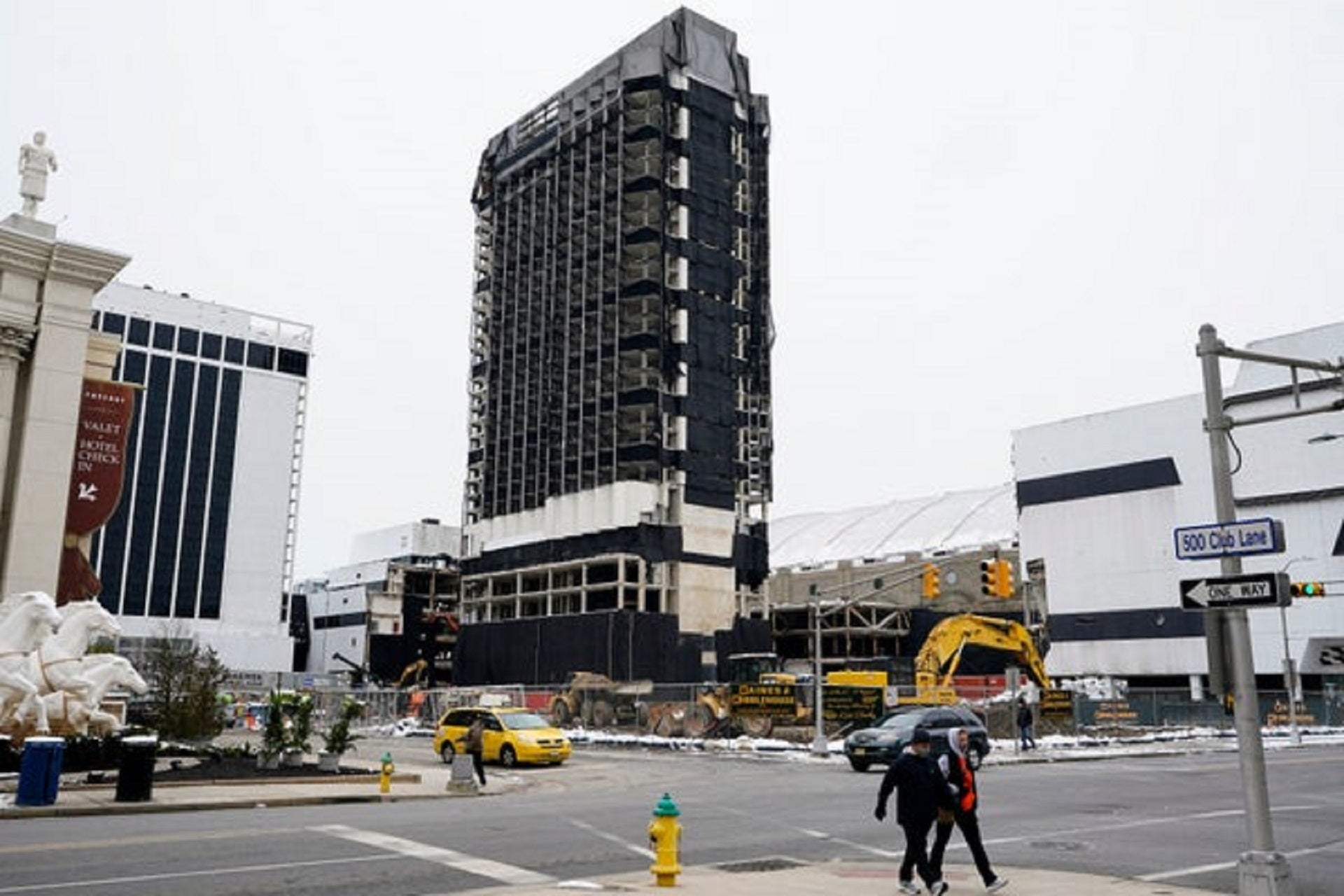 Here are some facts about the casino:
• The property opened as Harrah's at Trump Plaza on May 14, 1984.
•  It closed for good Sept. 16, 2014, one of four casinos in Atlantic City to close that year.
• Donald Trump himself was no longer an owner at the time of its closure.
• Billionaire Carl Icahn assumed ownership of Trump’s former casino company from bankruptcy court in 2016.
• The 10.5-acre property where the Plaza sits is owned by Icahn.
• The property sits at the center of the Atlantic City Boardwalk, at the foot of the Atlantic City Expressway.
• Once cleanup is complete, city officials hope the property can be sold or leased and then developed.
• City officials hope another casino won’t be built, and are pushing for more family entertainment.
• Demolition was supposed to take place in January, but a series of delays pushed the event to Feb. 17.
• Bids reached as high as $175,000 to push the detonation button, but the auction was cancelled following a lawsuit.
• The Trump Plaza was one of three casinos in Atlantic City with the Trump name.
• During its heyday, the Plaza hosted Mike Tyson fights and WrestleMania IV and V.
• The former casino once housed over 80 table games and 2,000 slot machines.
• Mayor Marty Small says demolition has nothing to do with politics, as the building has been closed since 2014.
• Donald Trump lost a legal battle in effort to build a parking area over a home of a widowed mother of 5.
• The Plaza sits at Boardwalk and Mississippi Avenue.
• The Plaza stands at 321 feet tall, with 32 floors overlooking the Atlantic Ocean.
• The last game ever played in the casino was a game of Blackjack on September 26, 2014.
• The East Tower opened in two phases, in October 1995 and February 1996. The expansion continued with the May 1996 opening of Trump World's Fair. The renovation cost is $48 million.
Related Stories
47m ago

Icy roads for morning commute before warmup Friday and Saturday

'Can you please help save my mother?' Family says Shirley woman died as medical personnel stood by

Some California school districts to get rid of D, F letter grades