NEW: Staying mostly DRY on Tuesday, as the storm systems look to bypass the island.
NOW: January chill continues, but not dangerously cold, with temps in the 20s and 30s.
NEXT: Brief warm-up tomorrow with highs into the 40s with a stray shower chance.
TODAY - Partly to mostly cloudy. Highs near 35. SW wind 5-10 mph. 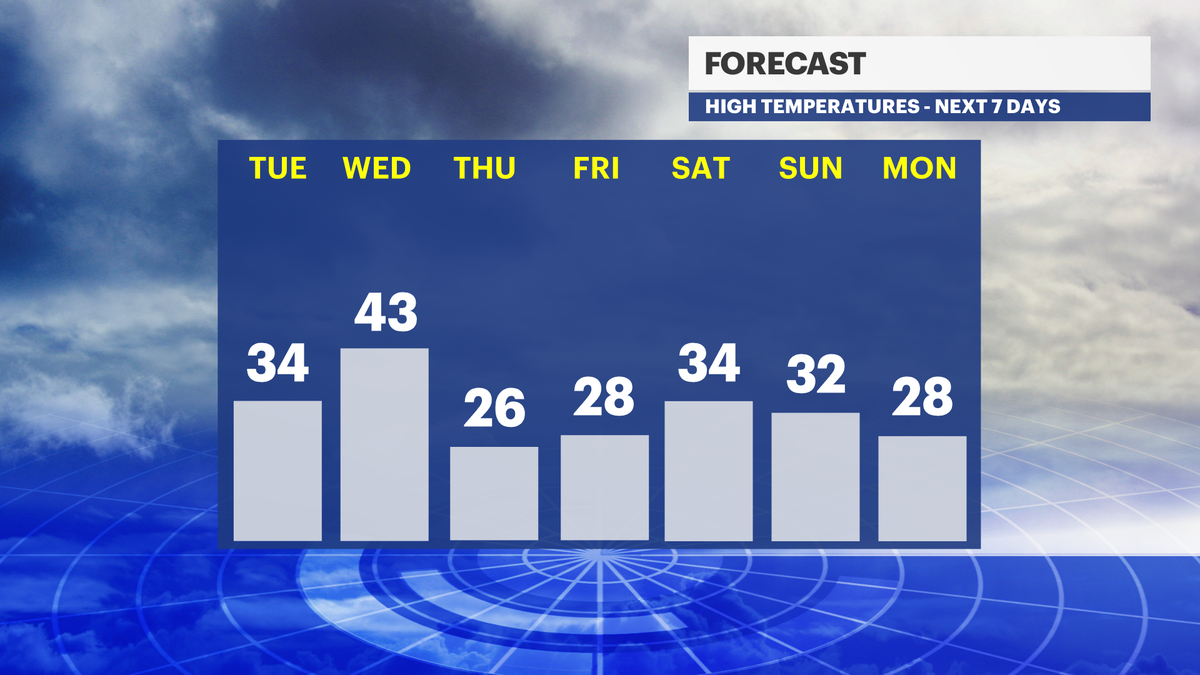 TONIGHT: Mostly cloudy. A slight chance of flurries, especially in NW Nassau County. Lows down to 31. S wind 5-10 mph.
TOMORROW: A snow shower possible early, then mostly cloudy. A cold front to pass late in the day, but likely to remain dry. Highs near 43. Lows drop to 22. 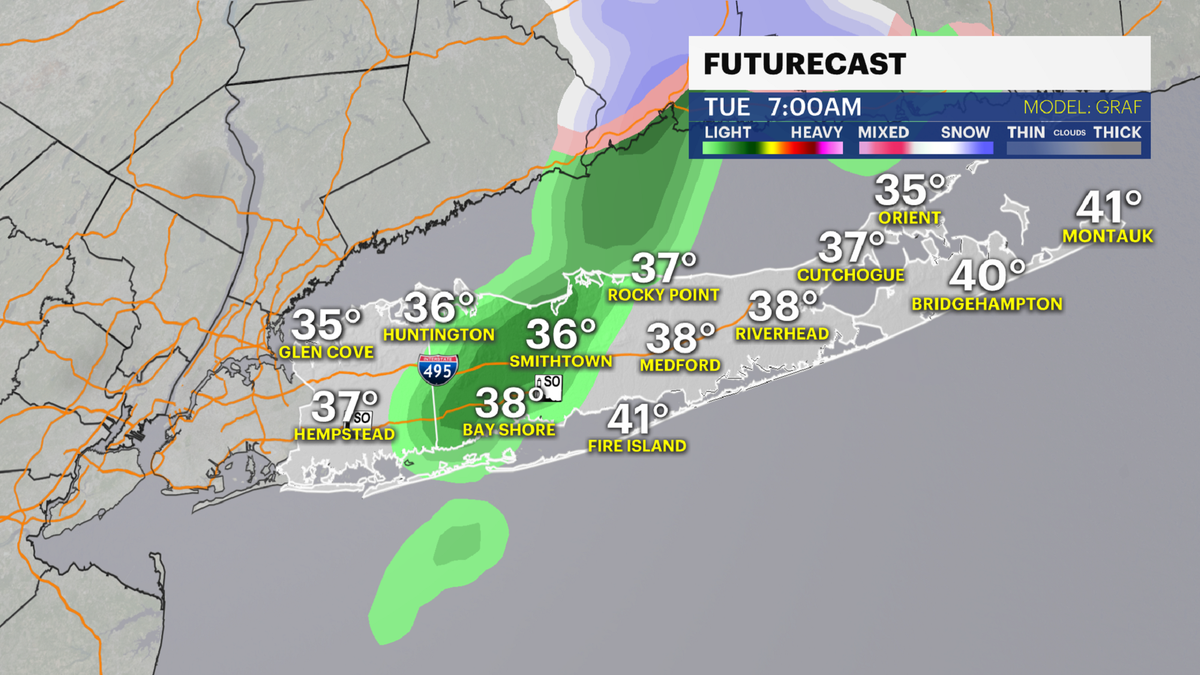 WEDNESDAY - Mostly sunny, turning breezy and cold! Highs only near 26, lows crash to 12. Wind chills during the day in the teens.

THURSDAY - Frigid morning, with feels like temperatures below 0. Mostly sunny with highs near 28. Lows down to 19.

FRIDAY -  A very cold morning, with feels like temperatures near 0-5. Partly cloudy with highs near 32. Lows hover near 25.
SATURDAY - A coastal storm is forecast to develop somewhere off the East Coast. Forecast is highly variable and dependent on how Tuesday's storm progresses. More concrete information will be available by Wednesday. For now, forecasting a chance of snow showers. Highs in the low 30s, lows in the mid-20s. 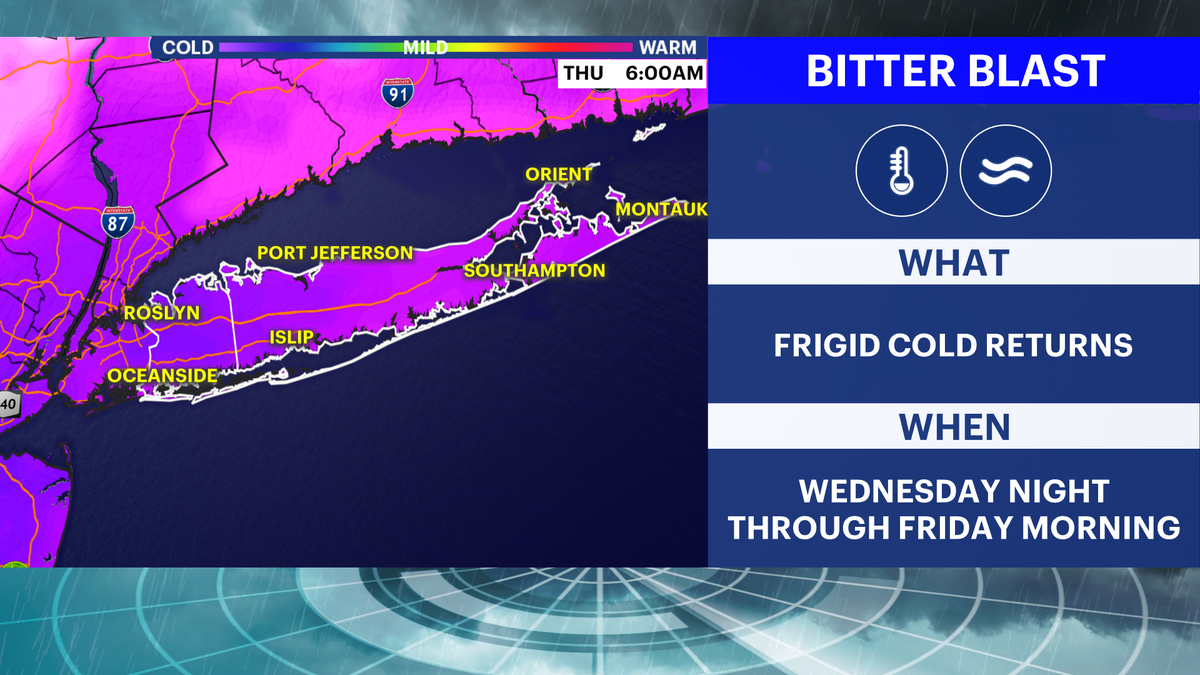 Thunderbolt 12: Slick roads for the Bronx as rain changes to snow

Storm knocks out power to thousands of homes and businesses

Thunderbolt 12: Checking out the conditions in Greenwich