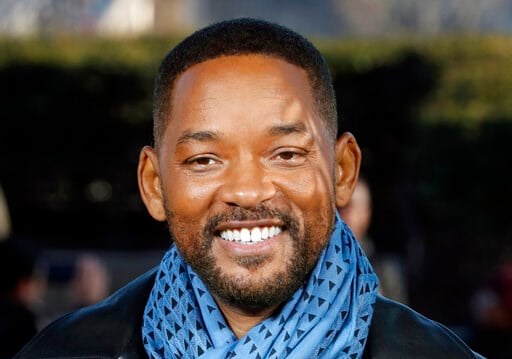 (AP Photo/Thibault Camus, File). FILE - In this Monday, Jan. 6, 2020, file photo, U.S actor Will Smith poses for photographers during the photo call of "Bad Boys for Life," in Paris. Smith says he was “humbled and honored” after rapper Joyner Lucas rel...

LOS ANGELES (AP) - Will Smith says he was “humbled and honored” after rapper Joyner Lucas released a tribute song honoring his career work.

Lucas released the music video for his track “Will” on Monday. In the video, the rapper paid homage to Smith through a reenactment of the actor’s biggest projects including the “The Fresh Prince of Bel-Air,” “Bad Boys,” “Men in Black” and “Pursuit of Happyness.”

Smith on Wednesday shared a clip of “Will” with his nearly 44 million followers on Instagram. He personally thanked Lucas in a separate video on social media, calling the rapper's song “creative."

Smith also said he hopes to meet Lucas one day. In a post, Lucas said he needed to “take a cold shower and wake up. I’m dreaming right now.”

“Will” is a single from Lucas’ debut studio album “ADHD,” which releases on Friday.

Copyright 2020 The Associated Press. All rights reserved. This material may not be published, broadcast, rewritten or redistributed without permission.